A Speech by a Nobel Prize Laureate

Brian Schmidt is a Laureate Fellow and Distinguished Professor at the Australian National University. Schmidt received undergraduate degrees in Astronomy and Physics from the University of Arizona in 1989, and completed his Astronomy Master's degree in 1992 and PhD in 1993 from Harvard University. Under his leadership, in 1998, the HighZ Supernova Search team made the startling discovery that the expansion rate of the Universe is accelerating, work that earned him the 2011 Nobel Prize in Physics. As Fellow of the Australian Academy of Science, the United States Academy of Science, and the Royal Society, he was made a Companion of the Order of Australia in 2013. 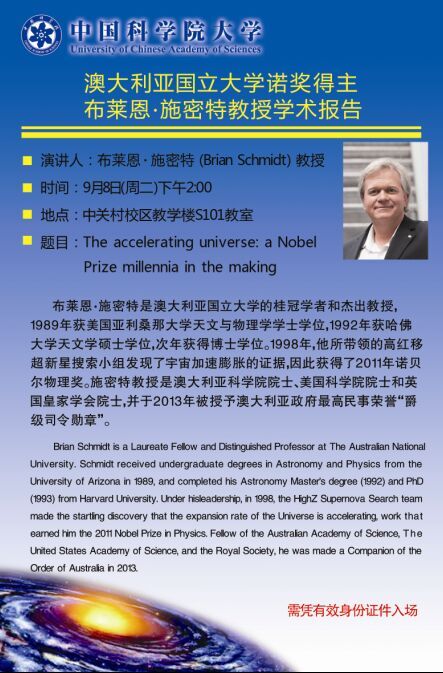