Cong Huan: Cleverness Alone Will Not Do 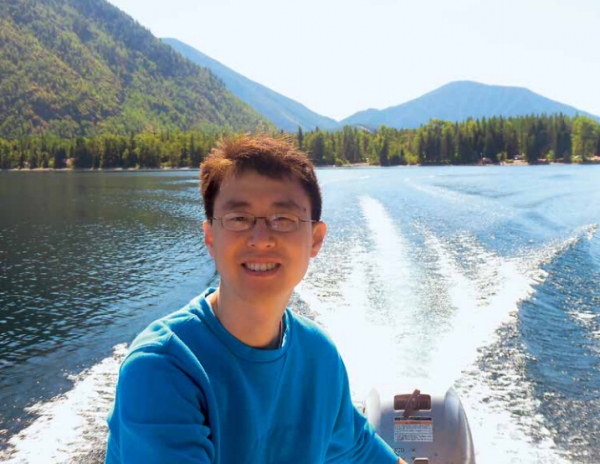 Cong Huan, 31 years old now, still looks like a student. Sometimes he talks with confidence and assurance, and sometimes he is a little shy.

Passion for His Major Is the Biggest Driver

In the final round of the 2002 National Chemical Olympics for High School, Cong Huan won the first prize for the Beijing team, which was the only one first prize that the team received. With this result, he was recommended for admission to the College of Chemistry and Molecular Engineering of the Peking University. Since then, he has been trekking on the road of research in chemistry for 13 years.

In Cong Huan's view, the essence of chemistry lies in synthesis, while the fun in synthesis is to create things. His research interest is exactly in synthesizing organic molecules with targeted structures and functions according to demand. “This is the most target-oriented research field in organic chemistry”, Cong Huan said, “What has kept me moving on is my passion for organic chemistry.” For Cong Huan, he feels most rewarded and happy in scientific research when one successful synthesis route is figured out through trial and error and repeated pondering, a process to experience the fun of creation.

Building the Lab from Scratch

“I want to express my gratitude to our country, to the Chinese Academy of Sciences and to the Technical Institute of Physics and Chemistry. They have built a platform at a high starting point for us young people having returned from overseas” said Cong Huan. Talking of his choice of getting back to the motherland and working in the Chinese Academy of Sciences, he explained that his choice was made partly for the sense of belonging and room for development, partly for his bond with the Chinese Academy of Sciences. Three generations of the Cong family have worked in the CAS. As for his current employment in the Technical Institute of Physics and Chemistry, Cong Huan smiled, saying: “To me, it is not just returning to the country. It is more like going home.”

Going home not only means living and working here, but also means responsibilities of running a home well. Speaking of it, Cong Huan showed determination in his calmness.

During his first summer vacation after becoming a research fellow in the Institute, Cong Huan was only “ a general with no army” , who had to build up a laboratory “from scratch”. He had to buy everything needed in a lab by himself, ranging from instruments which cost several hundred thousand yuan, to knobs on the door. Now Cong Huan has established his own lab. Small as it is, the lab is like a sparrow that has all the vital organs. Talking of building the lab, Cong Huan smiled again, saying: “It feels like I am starting a business.”

Cleverness Alone Will Not Do

As he grew up, things kept piling up for Cong Huan to deal with each day. What's more, the uncertainty in scientific research made it a normal to “have plans failing to catch up with changes”. Now, Cong Huan no longer makes detailed plans hour by hour, but the habit of living an organized life and making plans benefits him a lot. For instance, he prioritizes things by their importance and urgency and is always ready to adjust the sequence of things to be done at any time. Therefore, despite the heavy workload, he can always get them finished in order.

Driven by his passion for research and willingness for devotion, Cong Huan worked for over 90 hours in a week while studying in the U.S. He earned satisfaction from his supervisor who was known for being strict, and excelled over other students in the world top universities.