Zhou Qi: a Post-1970s Academician Holding the World in Hands 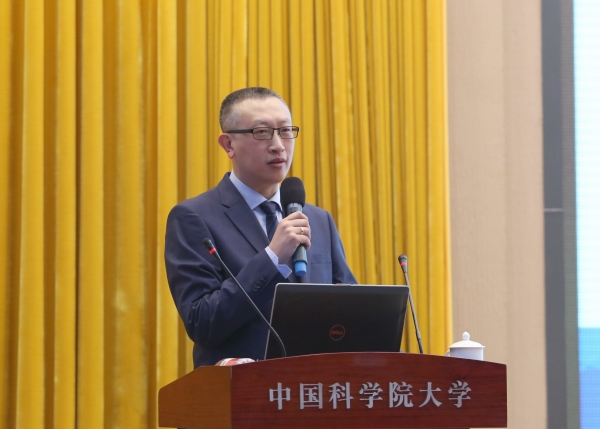 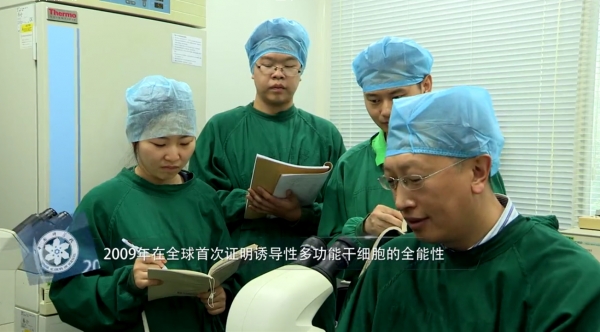 It was in the lecture hall of the International Conference Center at the UCAS Yanqihu campus that I saw Professor Zhou Qi for the first time. Professor Zhou Qi, member of CAS, an stem-cell expert and reproductive biologist, was then giving a lecture on “the mysterious stem cell” to more than 500 middle and primary school students from Beijing. In the mixture of passion, interest and stiflingly scorching summer air, Professor Zhou Qi tranquilly talked.

The lecture was truly illuminating, followed by a 30-minute Q&A session. When Professor Zhou Qi stepped down the platform after his speech, many still surrounded him,asking various questions.

Professor Zhou has long been used to such. Since 2002, he has given 144 popular science lectures in total, to government officials, scientific researchers, university students, and primary and middle school students from poverty-stricken mountainous regions. Whoever the audience might be, Professor Zhou has always treated his lecture carefully. For each of the 144 lectures, Professor Zhou has never used the same visual aids, which he has kept updating to share what is the most pertinent to the audience.

Professor Zhou has been especially committed to the dissemination of science, which he believes can ignite young people’s interest and dreams.

Yet, giving lectures is only part of his job. Putting on his lab suit, Professor Zhou also devotes himself to fine research.

The stem-cell research team at the Institute of Zoology, CAS, under Professor Zhou’s leadership, published China’s first CNS paper on animal-cloning and the nation’s first CNS paper on stem-cell. The team also created the cloned mouse Xiaoxiao, a significant breakthrough since the birth of Dolly, the cloned sheep. Other contributions by the team include the world’s first same-sex reproduced mouse, the world’s first mouse that is reproduced with sperm obtained via differentiation completely outside the body, the world’s first two-species allodiploid embryonic stem cells, etc.

“Reproduction and development involve fine processes and require highly stringent experimental technologies,” said Professor Zhou. In 2003, Professor Zhou created the world’s first cloned rat via somatic cell nuclear transfer. During the experiment then, Professor Zhou had to use both hands to operate handles at the front, back, left, right, bottom and top of the micromanipulator, besides controlling the focus lens and two pedals, so as to accurately control the tiny needle under the microscope to operate on the oocyte as small as 100 micrometers, where he was to take out the 10-micrometer cell nucleus before injecting another 10-micrometer cell into the nucleus-free oocyte.

Currently, Professor Zhou is devoting more time to planning scientific research as well as tutoring students in experiments. It’s worth mentioning that many of his students have inherited his accurate working style.

A Pair of Healing Hands

Embryonic stem cells could evolve into any cell in the body after differentiation, and may develop into various tissues and organs, or even into a complete living body. Once applied clinically, such could enable cell transplantation, to get the impaired cells substituted, so that curing diseases incurred by injury or pathologic changes in human cells or organs could be possible.

“How to safely apply the stem-cell technology to clinical cases?” This has been a top concern by Professor Zhou and his team throughout the years. They have been dedicated to researching and developing key technologies in obtaining stem cells and functional cells via standardized means on a large scale. In this regard, a number of stem-cell sources have been found.

Professor Zhou and his team have obtained cloned mouse embryos via cell nucleus transplantation outside the body, where they have further obtained embryonic stem cells from the cloned embryos via differentiation. This means their lab has become one of the world’s first batch of labs in obtaining stem cells from cloned sources.

They, via induced pluripotent stem cells (the iPS technology), also gave birth to the first animal that doesn’t come from an embryonic cell, the mouse Xiaoxiao, a major breakthrough after the creation of the cloned sheep Dolly.

After the birth of Xiaoxiao, however, Professor Zhou’s team terminated their research on iPS at the time when iPS research became quite trendy globally because he thought iPS cells were flawed with safety concerns and the personalized heath care concept represented by it was not suitable for China. “What we need is a simple and efficient approach which can be standardized and scaled up easily and this approach should be a personalized functional cell production platform based on the public stem cell bank”

As China’s earliest and biggest clinical stem cell bank, the Beijing Stem Cell Bank was set up based on Professor Zhou’s idea, where he and his team has created the clinical stem cell lines whose quality has been supervised by the authorities and that can satisfy the demand of 80% of Chinese population by producing stem cells from medical disposed embryos. The Beijing Stem Cell Bank is the cradle for China’s earliest clinical research on embryonic stem cells.

They have successfully conducted 8 retina macula degeneration transplants by using retinochrome epithelial cells via stem cell differentiation in cooperation with the Third Military Medical University. They will also start research on the treatment of Parkinson's disease by using neural precursor cells obtained from stem cells, which has already been registered globally for clinical experiment, in cooperation with Tianjin Huanhu Hospital.

Based on the Beijing Stem Cell Bank, Professor Zhou and his team has created haploid embryonic stem cells, set up a platform for in vitro reductional division, had access to functional sperms, thus paving the way for the clinical research of male infertility. Recently, they have also created a new type of cell, namely the hybrid diploid stem cell. All these man-made stem cells will provide new models and tools for evolutionary biology, development biology, and genetics，thus giving rise to new biological discoveries.

Due to the research achievement, the ranking of CAS in the field of stem cell research improved from 42nd in 2010 to 3rd in 2015, making it one of the most influential institutions in this research field.

Researcher Li Wei, who has spent 11 years with Professor Zhou, said that Professor Zhou focus both on the big picture and details; he always rises up to the challenges; and he will not be restrained by any external difficulty with a clear goal in his heart.

The goal in his heart is to cure hard diseases that can not be treated by general medicine through stem cells and regenerative medicine. Professor Zhou always tells his students that it is fortunate for one to do something needed by his country, the society and the industry. He says we are living in a good time.

Holding Professor Zhou’s hands after the interview, I felt that his long fingers, white hand backs and the callus remind everyone that this is a pair of hands that are doing experiment related to people’s health; a pair of hand serving as a pulse of  stem cells and regenerative medicine.